The Time of the Image

The Time of the Image is a philosophical exploration of the notion of ›the image‹ and the relationship between the time and image. It includes the understanding of the image as a temporal object, the place of the thought combined with the mimetic faculty the result of which is the translation of fuzzy aggregates that gives rise to imitations as both artistic and political force of resistance and as a new image of thought.

As a blend of philosophy, cultural theory, and contemporary art this book is based on the reading of Bernard Stiegler’s notion that ›technics precedes thought‹, the human is the product of technics, which leaves the formation (trans-individuation) as an open process. It also involves the re-reading of Husserl’s understanding of memory, the question of ›derushage‹ (the first assembly in the process of montage) and the new mimesis.

Case studies of Harun Farocki’s project entitled Workers Leaving the Factory and Chris Marker’s film La Jetée are included to sustain the argument that in the hyper-real world of globalisation imitation became the main force of ›acting out‹. 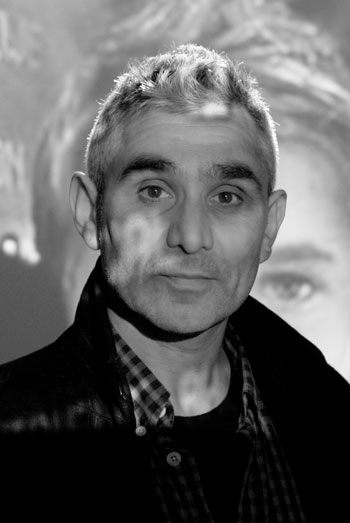 Zeigam Azizov is a British philosopher, artist, and essayist. He was born in 1963 in the former USSR (Azerbaijan SSR) and currently lives and works in London (UK). He was trained in philosophy, art, and cultural theory in the UK, France, and Austria. He started his DPhil (Doctor of Philosophy) at Goldsmiths University of London and later moved to Klagenfurt University in Austria for reasons of supervising. There he completed his thesis "The Time of the Image. A Philosophical Exploration of the Image in the Work of Bernard Stiegler" with Professor Rainer Winter. Central to his work is the study of temporal objects and the critique of industrial temporalisation of consciousness. The project of the study of imitation and its impact on the aestheticization of the world that continues in images of globalisation is the subject of his work, both as a philosopher and as an artist, that explores narrative procedures of globalisation addressing migrations, trans-individuation, and cinematic images. His current research is also the engagement with the work of Schelling, Husserl, Stiegler, Stuart Hall, and Lutfi A Zadeh among others in an attempt to provide a new theory of the image of thought combining the notions of imitation and translation as forms of both resistance and engagement with technologies. As a part of his practice he has been lecturing and teaching in different universities including Central St. Martin’s College of Art and Design, Goldsmiths University of London, Vienna Academy of Art, University of Aberdeen, and University of Klagenfurt. He also lectured worldwide in galleries and museums.
Sachgruppen: Künste, Bildende Kunst allgemein, Philosophie
Schlagwörter: Bernard Stiegler, Philosophy, Image